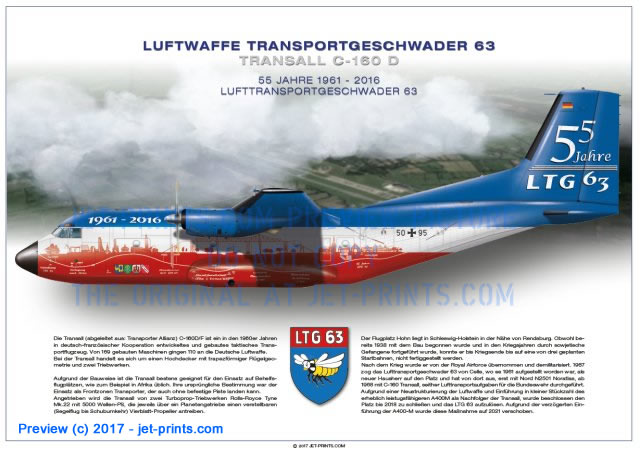 Hohn Airfield is situated in most Northern Germany near to Rendsburg. Although its construction began already 1938 and was continued during the war with the help of sowjet prisoners of war, it could not be finished until the end of the war, when only one of three planned runways was finished. After the war the RAF took over and demilitarized the airfield. Moving in from Celle where it has been set to service 1961, GAF Transportwing 63 became 1967 the new owner of the station and performed air transport duties, first with Nora N2501 Noratlas, from 1968 with C-160 Transall, for the german forces and for NATO.

Because of a restructuring of the German Luftwaffe and introduction of the much more capable A400M in small number as successor for the Transall it was decided to close the base and disbandon Air Transport Wing 63 until 2018. Because of the delayed introduction of A400M this measure was also delayed until 2021.