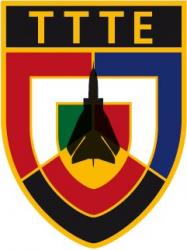 Following the 2014 comemoration of the 40th anniversary of Tornado's first flight, another significant anniversary in the aircraft's long and distinguished history was in 2015 celebrated. 1st July 2015 marked the 35th anniversary of the arrival of the first aircraft at the Tri-national Tornado Training Establishment (TTTE) in RAF Cottesmore, England. The Royal International Air Tattoo (RIAT) 2015 adopted "35 Years TTTE" and marked it in style. Each of the three Tornado Nations sent an aircraft, decorated with distinctive commemorative tail-fin markings in tribute to the anniversary.

"Triple T.E." as it became labeled, was another unique military aerospace "first" for Tornado, and followed a 1979 Memorandum of Understanding between the air staffs of UK, Italy and Germany to undertake joint aircrew training. The unit was fully tri-national in both the instructing staff and the student body. All services agreed on common training standards and syllabus, consisting of four weeks of ground school and nine weeks of flying.

The RAF provided technicians and logistics personnel, but the staff post were manned by all three nations, with the officer commanding rotating between the three air forces. From late 1985, crews were also received from the Royal Saudi Airforce for Tornado conversion. At its peak, TTTE consisted of 1600 military and 130 civilian personnel, trained over 300 crews per year and comprised thee full Tornado Squadrons. Its task completetd, the unit was disbanded in 1999.
Filter
– 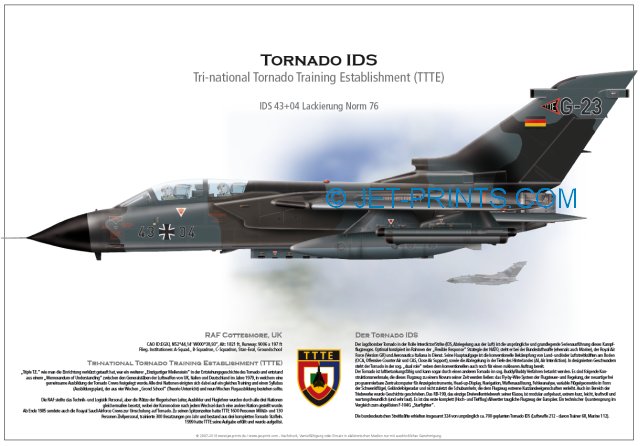